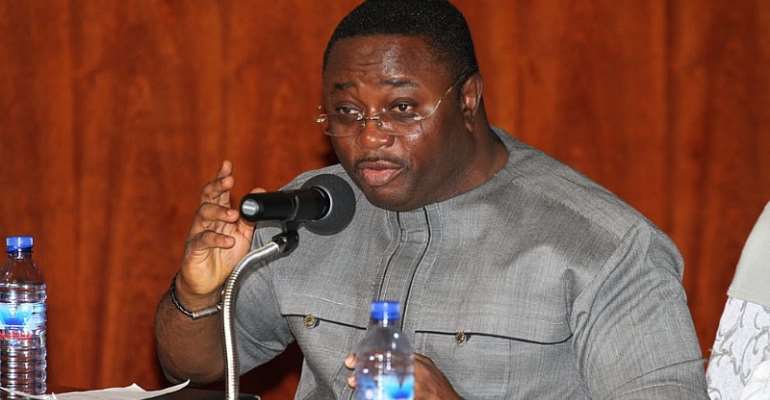 The National Democratic Congres (NDC) is demanding the extension of the mass registration and issuance of Ghana Card exercise in the Volta due to the slow pace of the exercise coupled with the numerous challenges that have saddled the process.

The NDC also says it will reject any attempt to make the National ID card a voting instrument in any national elections as they believe the National Identification Authority (NIA) is deliberately conducting the mass registration in a manner to denationalise the people of the Volta region.

The NDC’s National Director of Elections, Elvis Afriye Ankrah addressing a press conference in Ho on Tuesday after a tour of some registration centres in the municipality, accused the NIA of deliberately orchestrating stupendous delays in the registration process causing registrants to sleepover at registration centers only for an average of 60 people to be registered on daily basis.

“….We are not impressed at all with how the entire exercise has been run so far. There seem to be abnormal queues at these centres causing people to sleep at centres to get registered probably because of the distant places they come from… Unfortunately, an average of about 60 persons are registered daily,” Mr Afriye Ankrah indicated.

Citi News’ visit to some registration centres at midnight revealed an average of 80 people sleeping in the open, awaiting their turn to register for the Ghana card when day breaks.

One of such persons, 84-year old Francis Adorvle told Citi News he had been to “four different centres over the past eight days to register but to no avail hence my decision to also come and spend the night at the centre.”

Many registration Centers have also been relocated without any form of announcement to people who have queued for days to register for the Ghana card.

Officials of the NIA who, according to some of them, are under strict instruction not to speak on record explained that the authority has limited machines and must move to other communities to register them as part of the mass exercise.

Some areas like Agortime Kpetoe have also reported a shortage of materials like the cards for printing and guarantor forms but the NDC says it is all a calculated attempt to deny Voltarians the chance to register for the Ghana Cards.

“We thought that Prof. Attafuah and his team would have learned from the Accra experience to make this exercise (in the Volta Region) a better one but it is rather unfortunate that those very same errors are rearing their ugly heads again…. It is a deliberate effort to denationalise the good people of the Volta region.”

Mr Afriye Ankrah also noted that the majority of the personnel recruited to register applicants for the Ghana card “hold PhDs in insult and abuse of the elderly”.

The Volta Regional Chairman of the NDC, Henry Ametefe, warned that “the culture of silence being cultivated around the mass registration exercise is not healthy for the country’s democracy. When there are no materials to work with or even when the people are moving with their machines to a different location, they say they have been asked not to speak to the public”.

It takes an average of 3 days for an applicant to secure the Ghana Card.

The exercise which has been running for the past week is expected to end on August 14 contrary to the initially announced date of August 22.