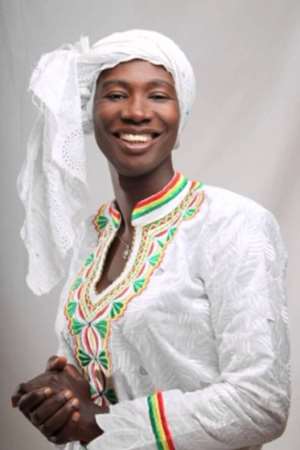 Gospel musician Evangelist Cecilia Marfo is making the waves for the bad reasons as her Associate Pastor Reverend Gideon dropped a damaging tape of her.

In the tap, a certain Mr Bright who is said to be a businessman stormed the ‘anointed’ woman of God’s church premises with police officers for allegedly duping him.

The businessman is said to be the main ‘sponsor’ behind renowned musician Evangelist Cecilia Marfo.

The Associate Pastor who sounded very bitter in a 30 minutes audio warned that the gospel musician to desist from churning out lies about him concerning the breakup in their relationship.

Pastor Gideon further stated that Evangelist Cecilia Marfo and her husband are both ungrateful for refusing to appreciate the efforts of others towards their success.

As to why Pastor Gideon quit the church, he explained that the gospel singer and her husband have turned the house of God into a profit-making business which contradicts what the musician does in public.

Rev Gideon accused the female gospel musician of fornicating and cheating on her husband for monetary gains.

Pastor Gideon said earlier claimed that some well-known musicians have complained that Evangelist Cecilia Marfo has hypnotized some of her colleagues in the industry in order to dominate over them.

Below is the audio: